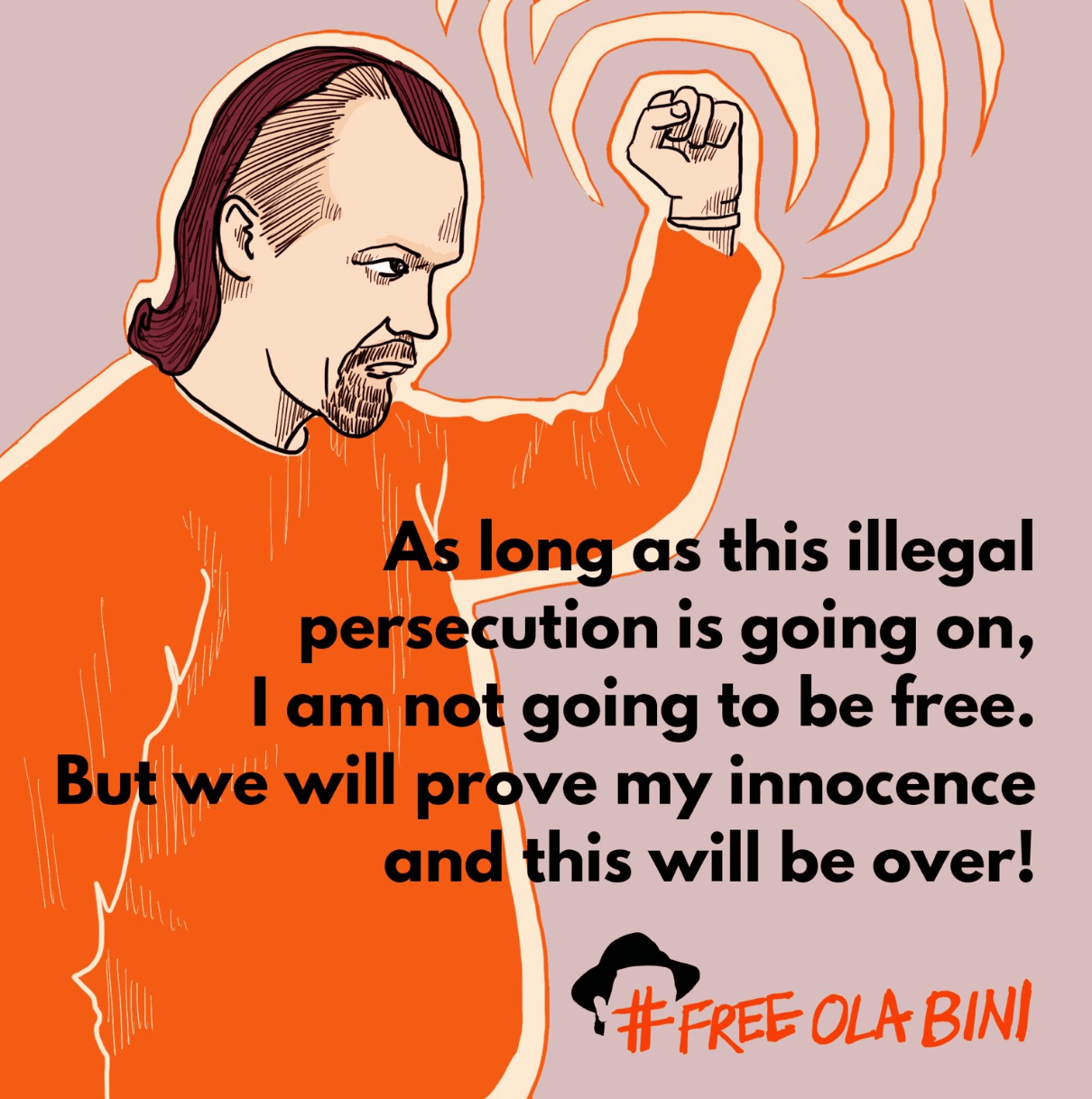 On the evening of Thursday, June 20th, the Ecuadorian court accepted the writ of habeas corpus granting the release of renowned Swedish free software and privacy advocate Ola Bini, detained since April 11th, 2019 in Quito.

After hearing the news, Ola Bini responded: “I would like to thank the people of Ecuador. I want to thank everyone in the world. I want to thank my team, --everyone, for believing in me. Today, we have proven my innocence for the first time and we will continue to prove my innocence. I want to thank the judges for showing what we've been saying the whole time; that this process has been illegal and that I was illegally detained. And, -- I want to say my heartfelt thanks, for all the support and love from my parents, and my family, and everyone out there. Thank you, everyone!". You can watch the full video of the statement here.

Defense lawyer Mario Melo noted, “This demonstrates Bini's arrest violated all legal precepts -- his detention was unlawful and arbitrary,-- as many human rights groups around the world have argued."

In response to the request for habeas corpus filed by Bini’s legal team, the Provincial Court of Pichincha accepted the request of the defense in accordance with the provisions of Article 89 of the Constitution of the Republic of Ecuador. This ends the more than 70 days in which Bini remained in the Provisional Detention Center (CDP) with no formal charge.

This decision will allow Bini to defend himself in freedom and to demonstrate to the Ecuadorian Government that he was not involved in any computer system violation as the authorities have claimed. Bini will remain in the country until he fully demonstrates his innocence.

On May 7th, 2019, the United Nations Working Group on Arbitrary Detention wrote to the Ecuadorian government, expressing concern over Bini’s detention. At last week’s RightsCon summit in Tunis on Human Rights in the Digital Age, the UN and the OAS Special Rapporteurs on Freedom of Expression, David Kaye and Edison Lanza, reiterated on June 13th their grave concerns about Ola’s detention, noting they would raise Bini’s case at the upcoming Human Rights Council session in Geneva.