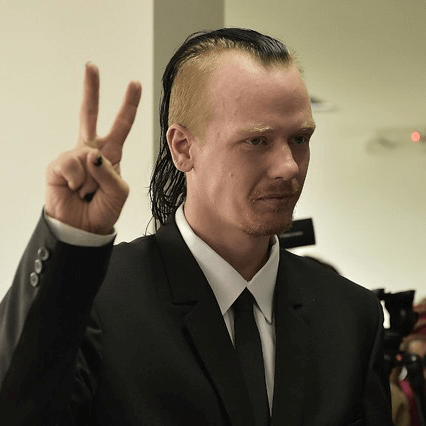 Most of the time we are between 80 and 90 prisoners in my cellblock. Around half of those are always sick. Part of that is bad sanitation, we have little clean water, but mostly it’s because we are a lot of people crammed together in one small space.

This prison has far over a thousand prisoners. There are all kinds of people here: from murderers and serious drugdealers, all the way to people that didn’t pay their alimony, or like me, that haven’t been charged with anything at all. All these people in one small place. Drugs are rampant. An underground economy runs rampant and people learn from each other.

Both these situations are examples of bad compartmentalization.

Many people are wondering why I had so many USB drives, computers and other pieces of technology. The prosecution is claiming that this much technology is suspicious and probably means I’m a hacker. Of course, there exists no such casual connection.

Once again, the answer is (mostly): compartmentalization.

What is this, then? Simply put, you separate different things into different “compartments” in order to minimize the risk that problems of one project impact another one. Compartments can be anything: time, physical place, group of coworkers, computers, cables, storage devices and many other things.

The reason is simple. You want to avoid cross contamination. Any kind. So, that’s why putting 90 prisoners in 17 cells with very little space and sanitation is a good counter example. We keep getting sick because there’s too much cross contamination.

The same is true for all my USBs. If one of them gets infected with something, I want to be sure my other projects are safe and this is also why I have different computers for different projects. You can have an “infection” that impacts the hardware or firmware of the computer and once again, you simply want to avoid this to affect more than one project, if possible.

So, why do I travel with so many USB drives? Simple, if I leave them behind, I don't know if someone has tampered with them, so the only way to stop that is to always keep them with me.

Still, that’s a lot of USB drives I had. Is compartmentalization the only reason for all of them? Well, no. There are two more reasons.

First, I don’t trust USB drives. They can fail badly. So, I always carry a duplicate of all information I have.

Second, USB drives are, in many cases, possible carriers of infection. This means that it’s not a good idea to reuse them, unless in certain circumstances. Because of this, I always travel with a few unopened packages of USB drives, so, if I need a new safe one, I have it.

At the end of the day, compartmentalization is one of the most important security principles there is and it impacts everything a security professional does. It’s a principle to learn and always keep in mind.