Letter to the President of Ecuador 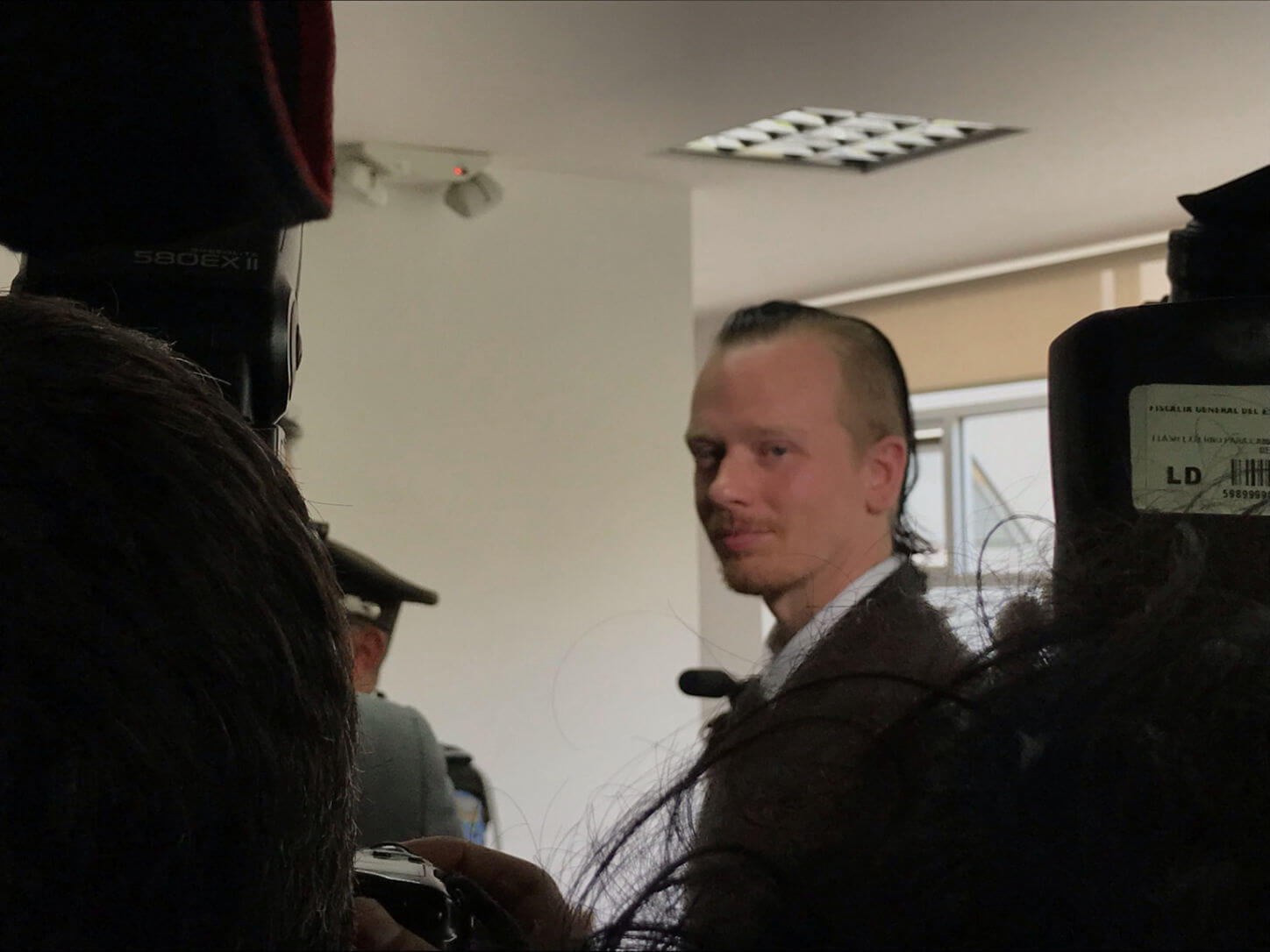 Boredom and the occasional brush with violence is probably the worst part of prison. Boredom, frustration, anger, depression. They all come from the same place. No one here is unaffected and I suspect many will have lasting psychological damage from this experience. I fear I will too. To be fair, I was probably not exactly normal to start with, but this experience won’t exactly improve it.

So, what do people do with the boredom? There are many coping mechanisms. Some people sleep a lot. Others cut paper into small squares, make triangles out of them and them put them together into amazing sculptures made from hundreds or thousands of pieces of paper. Some people, away in the other cellblocks, do drugs. All the time people talk, they smoke, play games. A common thing here is to rip threads from clothes and towels and then weave them into arm bands or head bands. But honestly, I don’t see any of those things really helping. The frustration is still there.

I write, but yes, I’m frustrated. Even more so now, after five weeks. I’m trying to come up with new ways to cope. Today I decided to write a letter to the president of the Republic of Ecuador to see if airing my frustration to him would help:

My name is Ola Bini. I’m honestly not sure if you know who I am or not. You went on national TV a few weeks ago and said some weird things about me, so maybe you have been misinformed.

Let me introduce myself: I am from Sweden (not Russia and not Switzerland), I’ve lived here in Quito, Ecuador for over 5 years. I call Ecuador my home. I like it here. I have my apartment here, my friends, my girlfriend, my work. And during these years, I have contributed modestly maybe, but I do my part for Ecuador. This year I was in the process to apply for a new 2-year visa and after that, I was going to apply for a permanent residency. I’m just saying this to let you know I’m committed to your country.

5 weeks ago I was detained at the Quito airport. This detention was improper, illegally done and broke my human and constitutional rights in a number of ways, and those problems continue to persist during the five weeks I’ve spent in prison.

Now, this is where I’m confused. Why did you do all this to me? Do you hate me so much? For what? Yes, I know I’m a friend of your former asylee and you and Mr. Assange have had your differences but, is that really enough to treat me like this?

Your prosecutor says I’m being investigated for attacking the integrity of computer systems. But he doesn’t say more, except that my books are suspicious. What systems did I attack? When? How? Do you even know? I don’t.

Your judges say I’m a danger to society. They also say there’s a presumption of innocence and that prison doesn’t have to be punitive. Then they sent me to prison. This confuses me too. I thought the very idea of prison was to be a punishment. How can I be presumed innocent and still be sent here? How can I be presumed innocent but also considered a danger to society? I would appreciate if you could clear this up for me.

I’m also thinking of some of the TV spots my lawyer has told me about. For example, your minister of the Interior said in a press conference I was detained, but this happened over three hours before a judge had written my detention order. Is that how the judicial system is supposed to work?

Let’s go back to what you said about me. That I had attacked computer systems, servers and mobile phones. If you know this, you must have evidence, right? Why haven’t you given that evidence to your prosecutor? Because he has no evidence against me. You also said I was fleeing the country and didn’t even had my martial arts training equipment with me, however, in my backpack there are papers that prove I bought the ticket months ago. And the prosecution documents also show I had my equipment with me. So, why did you go on TV and tell the whole country these things?

Another thing said in press conferences is that I had collaborated with Ricardo Patiño and that I had worked to destabilize the government, your government. Let me assure you, I have never met Patiño and I have no interest in destabilizing your government. Of course, I don’t agree with all your policies, I didn’t agree with all your predecessors choices either. I believe in democracy. The people of Ecuador chose you and I believe in Ecuador, that means I want the government of Ecuador to be strong.

Let me be clear. I have never done anything aimed to attack or destabilize your country. That’s not who I am.

Mr. President, I feel like this is personal. If you can, please answer and clarify all my questions and if you can’t, why not stop this investigation now? It seems to me that public opinion is also confused about why you’re doing this to me and they are getting more confused the longer this goes on. In my humble opinion, I think you should stop, let me go and then we can forget this whole embarrassing incident happened.

P.S. Mr. President, if you want to respond, please reach me at the above address. If you choose to respond via a public address, know I have no access to TV in this prison, so, in that case, I won’t get your response.