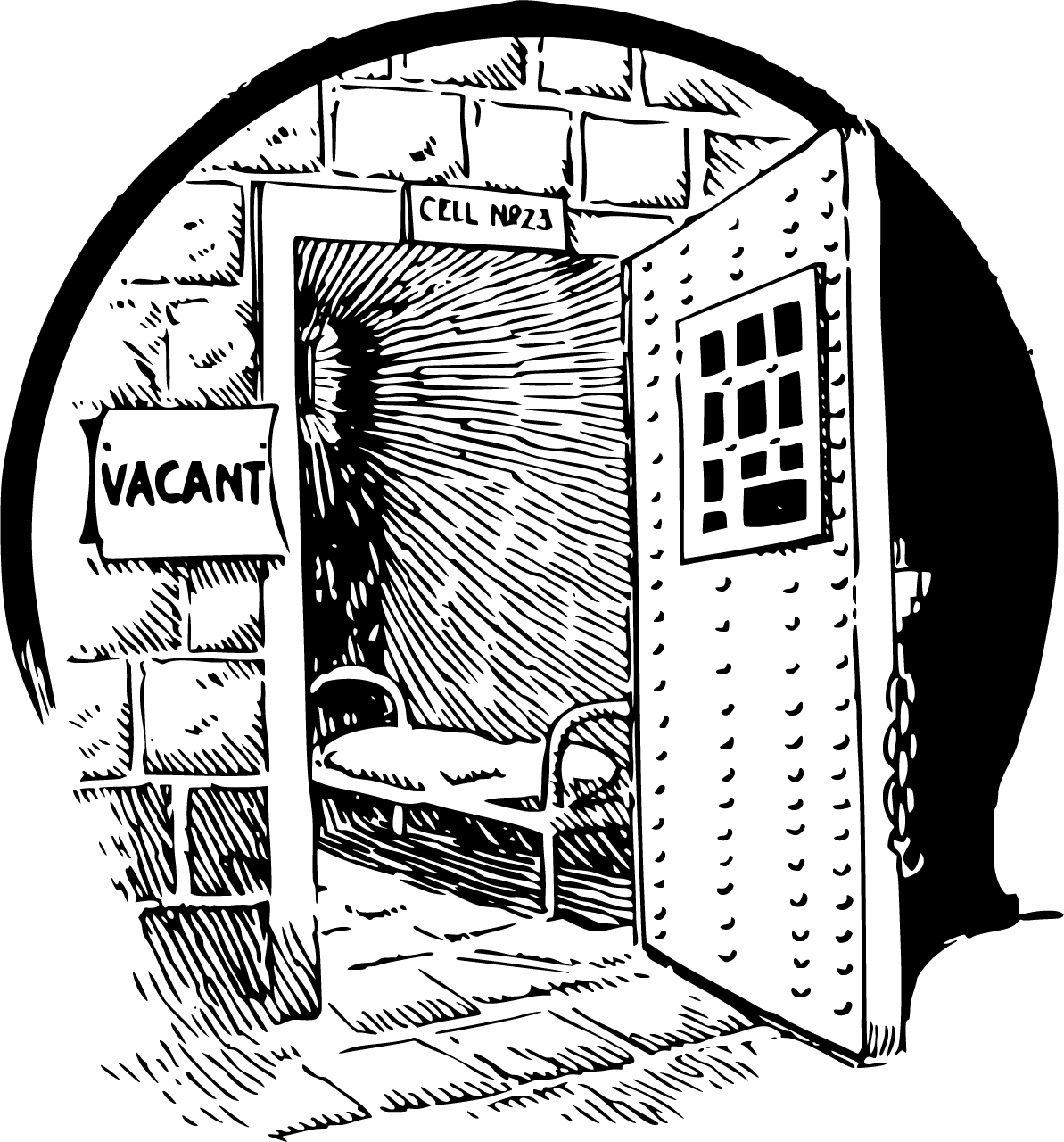 We are getting fewer here. When I first arrived, we were around 95 people and around 30 that came only to sleep. 17 cells, almost all meant for a single person. Now we are 24 and around 20 more during night. People keep getting released. I’m glad for them and it makes things in the cellblock easier. But I was wondering if this happens in the rest of the prison. The answer is no.

Apparently there’s an order that no new people will be sent to my cellblock. All of them are going to 'La Ronda' cellblock instead. That place has over 180 inmates right now. It’s meant for 80 or 100 prisoners maximum. I would like to tell myself it’s just chance. But I know they do it because of me. Partly to isolate me. Partly to make me more comfortable. They are afraid of human rights investigations. But as usual, it’s only my rights that they are worried about.

Today it’s been 48 days since this nightmare started. Today was the worst one so far. Worse than my appeal hearing. Worse than my birthday. Worse than the first day in prison. Today was my bail hearing and, if I had any mental energy left, I would be laughing at the bizarre nature of it all, but alas, I have nothing left.

I had nightmares and slept horribly. Not so strange. I was nervous and anxious. Legally our bail hearing should have been a walk in the park, but we knew to expect the worst. So I was prepared, but still, I was nervous.

Every time I go outside of the prison, for hearings or to forensics, the procedure is the same. At around 5:20 am someone screams my name from outside the block. A few minutes later, a guard comes and brings me to the entrance. I’m searched, handcuffed to another inmate and then we are all - 10 or 20 of us – put on a bus, guarded by 6-10 penitenciary elite soldiers. They take us to Flagrancia, where they put us in one of the holding cells. Then, you wait there from 6:15 in the morning until it’s time to go to your hearing. It’s horrible, brutal and mentally very exhausting. I assume the purpose is to make sure prisoners are as weak as possible when seeing the judge.

I slept badly for many reasons. Partly, I was worried I wouldn’t wake on time. I try to go up when the partials leave at 5:00 am. If I wait until they call my name, I usually don’t have time to get dressed, go to the restroom and brush my teeth. Today I got up and got ready and then I waited and waited. No one came. I started getting worried that they moved the hearing again. Through the rest of the morning, I heard nothing. Some of my fellow inmates asked to the guards, but no one knew anything. I continued waiting while a painful knot formed in my stomach.

Finally at 1:30 pm someone came to fetch me. I thought they were going to drive me right to the court. Instead, a room in the office with clumsy video conferencing equipment. The person who took me there said the President had ordered that I couldn’t go to the court for security reasons.

This maneuver meant I couldn’t see the people talking. I still don’t know what my judge looks like. I couldn’t tell to my lawyer which is supposed to be my right and I couldn’t say hi to my friends who were there supporting me. Clearly, keeping me away from my supporters and the press was the real reason for this dirty trick.

As last time, my lawyers did a great job. As last time, the prosecutor had nothing relevant. In fact, he had even less than before. And as last time, the judge ruled against us, in blatant disregard for law, precedent and proper procedure.

Two interesting points. Both the prosecutor and the judge indicated that this is my own fault for not opening up my encrypted devices. Ugly blackmail. And the other point is the “legal” reason the judge gave.

The prosecution has still not specified the crime I have committed. They have only said what type of crime they are investigating. The judge said I can’t get bail because she can’t calculate the right amount and the reason for that is that she doesn’t know how many victims there are.

I have struggled with depression in parts of my life and it’s coming back here. More and worse than ever. Nothing feels worth doing. Nothing has any point. I more and more feel like I will never get out of here.

It’s like it’s two of me. The regular one and a shadow. And he is whispering dark thoughts in my ear all the time. Everyday is a struggle. He is getting stronger.

I hurt right now. I have a bad migraine. My back and neck are painful. It won’t be possible to lie comfortably for sleep. I’m nauseous and my hands hurt. I know this is in my head. But it’s still real.

I’m not sure how to go on after today. I’m overwhelmed and I feel like I’m drowning.

Usually I try to have some kind of useful theme in these columns. Today I couldn’t do that. I hope that’s ok. I just wanted to share this truly bizarre day and my feelings.