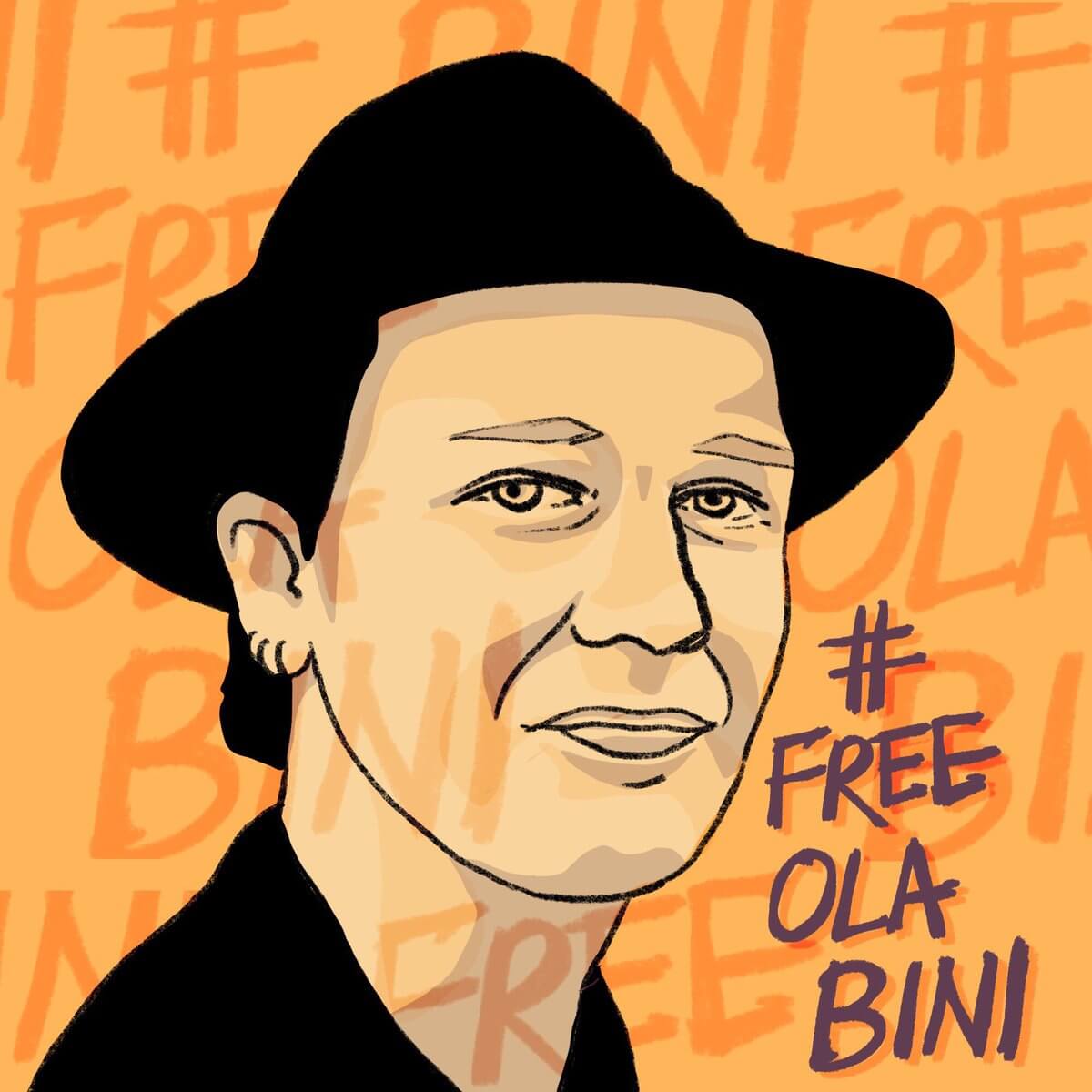 Ola is more than just a person detained by the authorities in Ecuador. He's a person with a distinguished career in software development as well as a friend and colleague to many. Here's a timeline for Ola with the highlights:

Ola was pivotal in the JRuby community bringing the power and productivity of Ruby to the Java Virtual Machine so that enterprise teams had an additional way of deploying Ruby solutions for a multitude of application possibilities. See Ola's commits to Jruby.

Ola made his own experimental language for the JVM called "Ioke". See his GitHub organization and an interview with him on the language in 2014

His other own programming language 'Seph'

Ola made his own experimental language called "Seph", which goal was concurrency and expressiveness. See his GitHub organization

JesCov is an open source tool for measuring code coverage of JavaScript. It makes it possible to find out both line and branch coverage from any ES3-compliant source code. It is not tied to any particular testing framework, but the only current integration point is for Jasmine. The general approach is based on a JSON data interchange format, which means some of the reporting tools could potentially be used against data collected in some other way than running the core JesCov project.

CoyIM is a chat client that is safe and secure by default: no settings to change, no plugins to install, no computer configuration to change. It is a chat client created by Ola and his team. It’s website is here and the github repository is here

gosecco is a project to provide a full stack of tools necessary for working with seccomp BPF rules from Golang. The primary pieces of functionality are the parser and compiler - but the project also supports a rudimentary assembler and disassembler. It also supports an emulator that can be tweaked to provide output on whether your rules actually do what you think they should do or not. None of these tools are exposed as command line tools - they are meant to be used as libraries for higher level applications and systems.

The github repository is here. An statement from SubgraphOS thanking for its development can be found here (under the Acknowledgments section).

Enigmail is a seamlessly integrated security add-on for Mozilla Thunderbird. It allows you to use OpenPGP to encrypt and digitally sign your emails and to decrypt and verify messages you receive. Enigmail is free software.

Tor is free and open-source software for enabling anonymous communication. The name is derived from an acronym for the original software project name "The Onion Routing program". Tor directs Internet traffic through a free, worldwide, volunteer overlay network consisting of more than seven thousand relays to conceal a user's location and usage from anyone conducting network surveillance or traffic analysis.

Ola's thoughts about Tor can be found here

Let’s Encrypt is a free, automated, and open Certificate Authority.

Ola and his team worked with Certbot. Certbot is part of EFF’s effort to encrypt the entire Internet. Certbot is a fully-featured, extensible client for the Let's Encrypt CA (or any other CA that speaks the ACME protocol) that can automate the tasks of obtaining certificates and configuring web servers to use them. This client runs on Unix-based operating systems.

Ola's commits can be found here

Off-the-Record Messaging (OTR) is a cryptographic protocol that provides encryption and deniability for instant messaging conversations. OTRv4 is the fourth version of the OTR messaging protocol. OTR version 4 (OTRv4) provides better deniability properties by the use of a deniable authenticated key exchange (DAKE), and better forward secrecy through the use of double ratcheting. OTRv4 works on top of an existing messaging protocol, such as XMPP. Ola and his team did the protocol and the implementation.

Additionally, Ola's team has been busy last year presenting. Here are our presentations and resources:

A pure implementation of Ed448-Goldilocks elliptic curve. It is based on libdecaf by Mike Hamburg.

The repository in C and Golang can be found here and here.